WEAPON
Lorcin .380
ASSOCIATED CHARACTERS
Tillman Grant
ABOUT
A cheap, small, auto-pistol.  In the late ’80s and ’90’s, a number of small-arms manufacturers were operating in Southern California, producing very inexpensive handguns of variable quality.  These weapons were sold through pawn shops and were popular with low income customers, and of course a number of them found their way into the hands of criminals.  At the same time, the anti-gun lobby needed a target for their activism, and the concept of promoting civil legal action, specifically product liability cases, against firearms manufacturers came into vogue.  Due to its low price and high demand, Lorcin, formed only a few years prior in 1989, had become the number one producer of pistols in the United States by 1993.  But the company filed for bankruptcy in 1998 under the burden of product liability litigation.

From the pages of Blood Out:

Tillman drained the rest of his scotch, and jiggled the glass to make the ice clink against the sides. He thought a moment, staring at the glass, before continuing.

“After a few days of eatin’ shit, we finally headed for home. Wayne was just like Austin is now, always wanting to take those fucking back roads. So we were somewhere out in the middle of butt-fuck Egypt, I don’t remember where, exactly. Maybe out on Rice Road or something, when that piece of shit glitter bike starts giving us fits, coughin’ and fartin’, acting like it had a fuel line clog or something. I was riding it at the time, so I pulled over. There were only three of us: me and Wayne and some prospect on a Sportster. But everybody with half a brain had taken the freeway. Anyhow I was hunkered down next to the glitter bike with my head poked into the carburetor, when these two Satan’s Bastards rode up next to us. At first I figured they were just stopping to see if we were OK. There’d never been any beef between the Rattlers and the Bastards. At least not back then.

“But when they came to a stop, they weren’t asking what was wrong. They were laughing, and pointing at the glitter bike.”

Sunny was now listening intently. Tillman’s voice had dropped an octave, but the bitterness in it had ratcheted up a notch.

“I stood up from the bike and turned toward them. Pulled out my shitty little Lorcin .380 and shot one of them in the face. Put a hole right between that shit-eatin’ grin and his fucking nose. Dropped him like a sack of rocks. I remember it like it was yesterday.”

ERRATA
At the time of Tillman’s story that he told to Sunny, above, it was sometime in the early ’80s. Lorcin Engineering Company hadn’t formed until 1989. So the gun Tillman had used could not have been a Lorcin. But I left this mistake in, because it’s plausible that Tillman may have said it, and just been mistaken himself. I’m sure he and the rest of the Rattlers went through an endless supply of cheap, forgettable handguns during the course of their activities. So perhaps he doesn’t remember them all specifically. 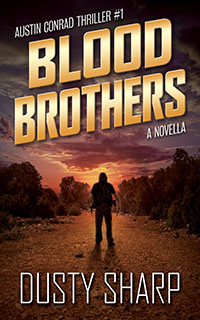 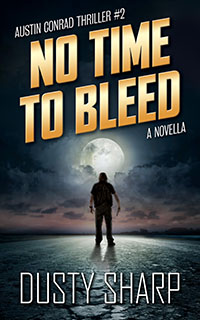